I went out last night with a lovely bunch of ladies who I first met when our children started school.  As I work from home for one of my jobs and for my-self for the other, these are the people that I get to have the ‘watercooler’ moments with.  We decided that for our christmas get-together, we’d book one of those party venues that pitches up like the circus for a couple of weeks and crams multiple office parties in every night.

It’s a very bizarre concept but a popular one as I reckon there must have been about 1500 people there.  I’d also say that 75% of that was office parties.  As an observer, it was very interesting to watch.  Everyone doing the polite small talk to begin with and then inhibitions being lost as the night wears on!  It was like a very large, very odd wedding reception.  It’s the disco that amuses me the most though.  The DJ’s were clever, easing everyone onto the dancefloor with Daft Punk’s Get Lucky which appealed to the youngsters and those who remember Nile Rodgers from the first time round!  Then a few curveballs were thrown in once everyone was warmed up and then, it happened.  The sight of around 100 Dave and Maureen from accounts (or the equivalent) dancing Gangnam Style…  Quite.

As the evening wore on, the heels came off, the hair was let down (figuratively and literally) and I’ll guarantee they’ll be a few sore heads and head in hands moments as the memories come back.

If only there were a bank of photocopiers around the edges of the room….

I’ll leave you with this little gem, which I think the DJ’s missed a trick by not playing…

Wow, nearly at the end of 2012…was it a good one for you?  It was a year of mostly highs for me.  This was the year that I started a new fitness habit, not to lose weight but just to feel fitter and healthier.  I also started a new business Alphabet Street.  I took the plunge and signed up for tennis lessons which has been, and will continue to be I’m sure, the most fun!  Then there was the Olympics!  There’s been 2 weddings and a funeral, and most importantly lots of fun and laughter with precious friends and family.  My youngest started school this year and my eldest went up to middle school. There was lots of music, Scott Matthews, Coldplay, Reading Festival, Radiohead & Turin Brakes.  Lots of plans made for next year too including The NME Tour, The Joy Formidable, Alt-J and Reading again.

Now, I’m not really one for making New Year Resolutions but here is a little list of what I’m going to try and do in 2013

*In no particular order* 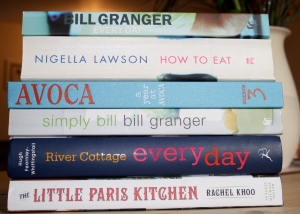 These will get used more…

What plans do you have?  I’d love to hear them…

All that remains then is to wish you a very Happy New Year and 2013, Let’s Do This! xx

In between everything else, I’m in the process of setting up a framed prints and greetings card business.  It’s called Alphabet Street and you can see some of what we do here www.alphabet-street.com

I’m loving it and am in the process of getting the cards into shops which is very exciting!

And of course I couldn’t leave this out could I?!  It’s amazing how this video has not aged at all *raises eyebrows*

Trying to survive and make a difference

Generally waffling on incoherently about the stuff that doesn't quite go to plan...

Sivonne Binks
Mumma, Did You Know?

Mostly camping with kids. Some travel. Lots of questions.

Musings of a Music Loving Mum

Musings of a Music Loving Mum

Choosing to live the life I keep talking about

thoughts and ponderings, laughs and wanderings

Viv's experiences and her attempts to capture it